Text Fwd: F-15s From Okinawa to Move to Guam 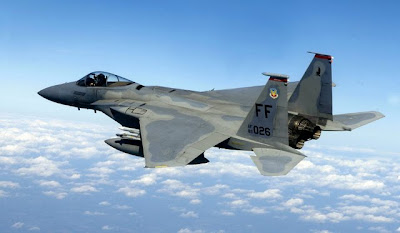 Stars and Stripes
US to Move Some Fighter Jet Training from Okinawa to Guam
Chiyomi Sumida
January 20, 2011

NAHA, Okinawa — The United States and Japan agreed Thursday to move some military drills involving Okinawa-based F-15 fighters to Guam, according to the Ministry of Defense.

Defense Minister Toshimi Kitazawa notified Okinawa Gov. Hirokazu Nakaima of the decision during his visit to the island Thursday.

Kitazawa also told Nakaima that both governments reached an agreement to close the 149-acre Marine Corps Gimbaru Training Area, located near Camp Hansen. Closure of the Marine training facility was first agreed to in 1996 by the Special Action Committee on Okinawa on the condition that the helicopter landing zone would be relocated to the nearby Kin Blue Beach Training Area and other Gimbaru facilities moved to Camp Hansen.

The F-15 training is expected to be moved to Guam sometime after April, Kitazawa said. Japan will cover the cost of relocating the F-15 drills.

Moving the training is part of Japan’s efforts to “reduce the burden of Okinawa” of hosting U.S. bases, Kitazawa told Nakaima during their 20-minute meeting at the governor’s office in Naha.

Noise pollution caused by the heavy U.S. military presence has long been a complaint of Okinawa residents.

In March 2000, about 5,600 residents in communities surrounding Kadena filed a lawsuit, demanding compensation and suspension of aircraft operations at the air base during early and late hours. In February 2009, the Japanese High Court awarded the residents 5.62 billion yen (about $68 million), but dismissed their demand to halt flight operations.

Nakaima was wary about how much noise levels would be reduced by moving the training.

“I need to examine the details before I fully understand what the move means or what effect it will bring,” he told reporters following the meeting.

“In the past, while some training was moved elsewhere, other aircraft would fly in to occupy the space,” he said.

The governor also renewed his call for Tokyo to review the Japan-U.S. agreement struck in May to relocate Marine Corps Air Station Futenma to a new facility on Camp Schwab in Henoko.