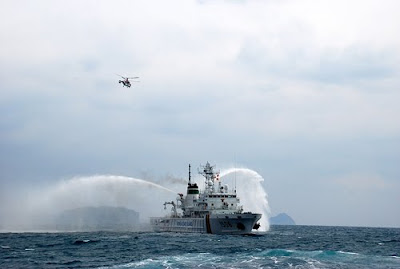 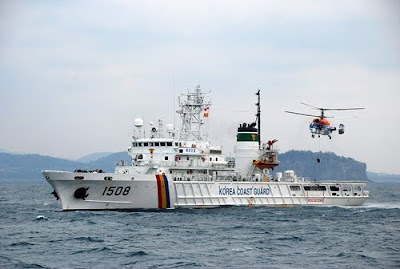 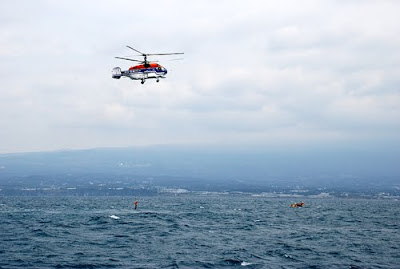 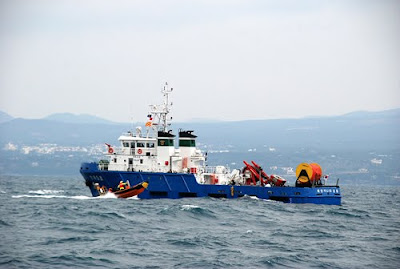 The Seogwipo maritime police (Police chief, Oh Sang Kwon) mobilizing its four security vessels, one helicopter, and two high speed boats practiced the drills for the maritime human rescue, terror-suppression and ship-fire–extinguishment. The exercise this time, following the bay defense plan of the Seogwipo harbor and assuming the simulating situation in which the international terror groups illegally occupy the passenger ship, was processed as in the real war, with the drills of the suppression of terror-with the use of a helicopter- by the special attack corps, rescue of passengers who fall down to sea and extinguishment of fire in the passenger ships.
Posted by NO Base Stories of Korea at 1:00 AM