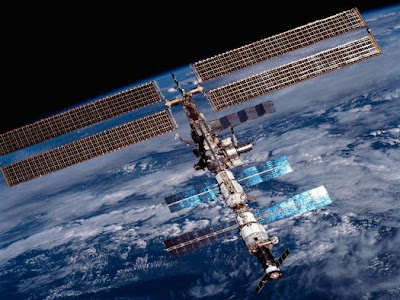 “Last week I heard that plans are now being made to "deorbit" the International Space Station (ISS) in 2016. The ISS was originally going to cost tax payers $10 billion, but like most high-tech space technology programs, the cost kept rising. We've now spent $100 billion on it and just as it finally gets finished it will be dropped back toward Earth where it will burn up on reentry and scatter into the Pacific Ocean. The Washington Post reports, "The rap on the space station has always been that it was built primarily to give the space shuttle somewhere to go. Now, with the shuttle being retired at the end of 2010, the station is on the spot. U.S. astronauts will be able to reach the station only by getting rides on Russia's Soyuz spacecraft."

The ISS was always fundamentally a jobs program for the Central Florida "space coast" and what an expensive one it was. When you begin to track other space projects - things like launch vehicles, military satellites, various space weapons programs - you find similar kinds of massive cost overruns. The space program is a huge boondoggle”
Posted by NO Base Stories of Korea at 11:35 PM