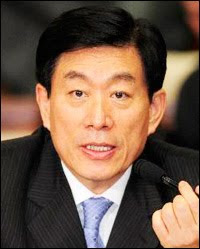 This is the first government confirmation of North Korea launching a series of cyber attacks using DDoS (distributed denial-of-service) which targeted major Web sites in the two countries.

``After tracking down the routes of the DDoS attacks, we found a line coming from China,'' Won Se-hoon, chief of the National Intelligence Service (NIS), was quoted as saying.

It turned out to be an IP that North Korea's Ministry of Post and Telecommunications is renting, Won said during a closed-door National Assembly inspection of the agency Thursday.

A DDoS attack is an attempt to make a computer resource unavailable to its intended users.

The flood of incoming messages to a target system forces it to shut down and leads to denial of service to legitimate users.

After Web sites here and in the United States were severely attacked using this method, rumors arose that North Korea might have been behind the cyber attack.

The government, however, had remained silent.

ksy@koreatimes.co.kr
Posted by NO Base Stories of Korea at 12:30 AM