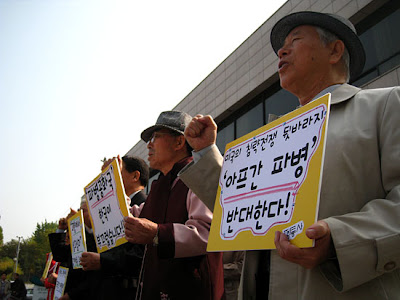 http://nobasestorieskorea.blogspot.com/2009/10/text-fwd-us-mulls-deploying-troops-in-s.html
Monday, October 26, 2009
Text Fwd: US Mulls Deploying Troops in S. Korea to Middle East
Posted by NO Base Stories of Korea at 10:13 AM