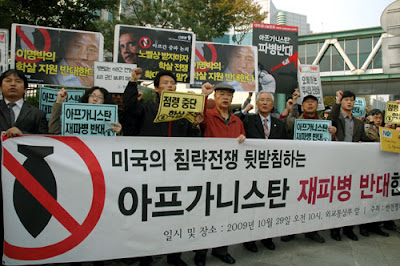 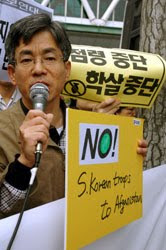 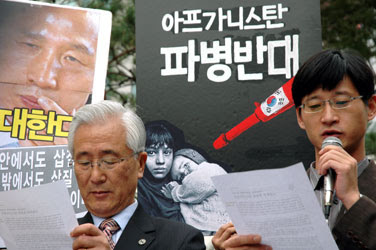 All the image source: Solidarity for Peace And Reunification of Korea (SPARK)


STOP THE OCCUPATION! STOP THE MASSACRE!

“We Oppose The Redraft to the Afghanistan Backing the United States’ Invasive Wars!!”

“Obama, What On Earth Of the Expansion Of The Massacre War As You Got The Nobel Peace Prize?”

Press interview sponsored by the Solidarity against War and for Peace (Tentative title, unofficial translation), composed of many Korean organizations was held in front of the gate of the Ministry of Foreign Affairs and Trade Department, at 10 am, Oct. 29, 2009.