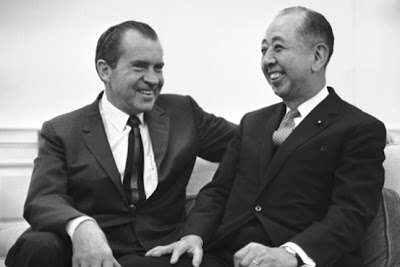 TOKYO -- U.S. Defense Secretary Robert Gates cautioned Japan this week against letting a fact-finding mission into decades-old secret nuclear-weapons agreements affect relations between the two countries, according to an official familiar with the matter.

Japan, the only nation that has endured nuclear attacks, forbids making, possessing and storing nuclear weapons on its soil. But under an understanding reached in the early 1960s, Japan agreed to look the other way when nuclear-armed U.S. ships used Japanese ports. A 1969 agreement allowed nuclear weapons to be stationed in emergency cases on U.S. bases on the island of Okinawa, after it was returned to Japanese control in 1972.

But Japan's new government, now controlled by the Democratic Party of Japan after August elections, has launched a fact-finding investigation to make the agreements public and show how they were kept secret.

"In the past, prime ministers and foreign ministers of this country repeatedly denied the existence of the secret agreements and that eroded the public's trust in the government's foreign policy," said Foreign Minister Katsuya Okada.

Political analysts say the investigation is a largely symbolic move to show a change from governments run by the Liberal Democratic Party, which dominated Japanese politics for more than half a century, until last month.

"The DPJ wants to send a message to people that they have a new government with a different political style," said Norihiko Narita, president of Surugadai University and an informal political adviser to the DPJ.

The LDP said some secrecy was necessary. "Full disclosure of information on diplomatic negotiations doesn't necessarily guarantee the protection of national interest," the party's Policy Research Council said in a statement. "In conducting foreign policy, we always made our national interest and the well-being of our citizens the top priority, and disclosed what we could."

The investigation comes as the DPJ reviews Japan's overall foreign policy with a goal of giving Tokyo an equal role in its close bilateral ties with the U.S. Some experts say the probe seeks to discredit Japanese officials who had worked closely with Washington.

U.S. officials play down the potential impact of the investigation, saying the agreements are now out in the open and it is a domestic matter. "It is up to the Japanese government how they want to explore this," said Kurt Campbell, U.S. assistant secretary of state for East Asia and Pacific affairs.

The investigation has created a buzz in Japan, where the secret agreements were long discussed but always officially denied. "I am very much looking forward to the DPJ showing us what we couldn't see before," said Masaaki Ota, a 42-year-old Tokyo flower-shop owner who supports the DPJ.

While the agreements have been something of an open secret in Japan, U.S. government documents concerning them have been gradually declassified for years. After the DPJ began the fact-finding mission, George Washington University Professor Robert Wampler posted online a package of relevant documents from university archives.

One 1969 memorandum by Jeanne Davis of the National Security Council to members of the Nixon administration discusses nuclear-weapons policy in Okinawa after the handover back to Japan. One option: "Japn [sic] now acquiesces in transit by naval vessels armed with nuclear weapons. This right would extend automatically to Okinawa. (This is sensitive and closely held information)."

Another 1969 memo, by U.S. Ambassador to Japan Alexis Johnson, describes an exchange with Japanese Foreign Minister Kiichi Aichi regarding the deployment and storage of nuclear weapons in Okinawa. "He said that [then Prime Minister Eisaku] Sato and we were, in event of renewal of hostilities in Korea, absolutely determined to implement this secret understanding and give full support to our actions in Korea," Ambassador Johnson quoted the foreign minister as saying.


Write to Yuka Hayashi at yuka.hayashi@wsj.com

The Widening U.S.-Japan Security Divide:
Washington and Tokyo have to focus on protecting their citizens from harm today.
By CAROLYN LEDDY
The Wall Street Journal, Oct. 22, 2009
Posted by NO Base Stories of Korea at 3:33 AM