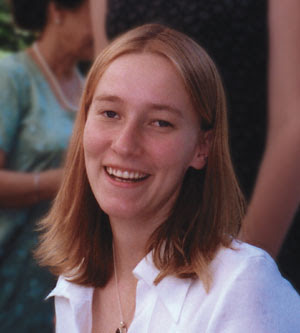 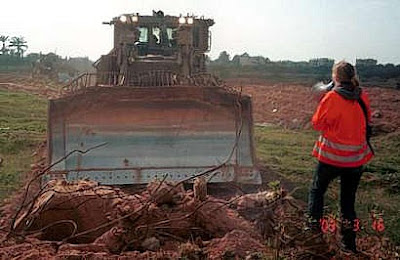 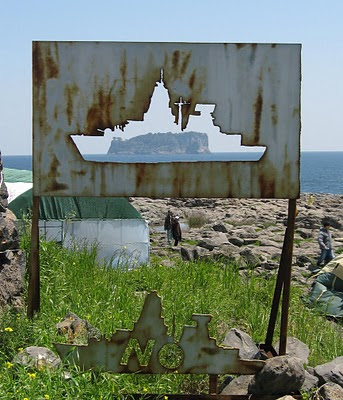 Cranes moved in this morning on the island of Jeju in South Korea as plans to begin construction of a military base on were being carried out. Villagers, receiving a last minute alert of plans to break ground today, camped out through the night to defend their territory. They have been fighting this past year to stave off this moment. The report came from Sung-Hee Choi, a Korean peace activist this morning, [Jeju Update] Cranes Came but Withdrew. Gangjeong Villagers Keep Watching; In June 2 Election, the Ruling Right Wing Party Was Defeated

The cranes retreated in face of the continued resistance of the villagers of Jeju Island of South Korea. However, the villagers know that they will return, and they may have to put their lives on the line, like Rachel Corrie, the peace activist who was murdered March 16, 2003 when she put herself in front of the Israeli bulldozers that were set to destroy Palestinians’ homes in Rafah.

Across the Asian continent from South Korea, on another sea, the Mediterranean, the spirit of Rachel Corrie inspires the peace activists in the boat named after her that is still heading towards Palestine with relief to break the Israeli blockade of Gaza, despite the murders of other peace activists by Israeli commandos who attacked the flotilla earlier this week and confiscated their ships, arresting the international peace activists on board and preventing them from delivering aid to the beleagured Gazans. Speaking from the ship today, Mr Graham, an Irish national, said the vessel was carrying educational materials, construction materials, medical equipment and some toys. There are no guns or weapons or terrorist materials.

These are defining moments in the collective story of the human race at this time. Although the activists are small in number, their will is strong to champion what they hold dear, the values that make us most wonderful in our humanity: our love for each other, our commitment to reach out and help each other, and to defend ourselves.

This is what resistance to the American military empire looks like today. Because, of course, it’s the U.S. military that’s demanding the South Koreans build a military base at Jeju Island so its Aegis destroyers can blockade the Yellow Sea. It’s the U.S. military standing behind the Israelis and continually supporting whatever they do to the Palestinians that has provided the platform for the recent atrocity at sea.

These are defining moments not just for courageous international peace activists and a small group of South Korean villagers resisting military plans for their home. These are defining moments for each and everyone of us because our collective destiny is irrevocably intertwined. I hope that everyone who reads this finds another way soon… before it is too late. We must take a stance for the kind of world we want to live in, for ourselves, our children, our grandchildren and future generations. If the will is there, we will find another way up the mountain, over the mountain, or even around the mountain. The light of truth will lead us out of this darkness as we come together in our determination to help one another and make things right and good for everyone.
Posted by NO Base Stories of Korea at 6:12 AM