Text Fwd: US imperialism’s brutal war against the Korean people: 1945-1953 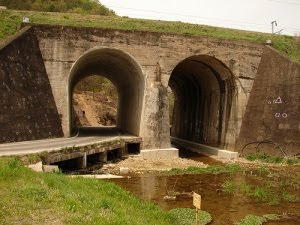 In July 1950, under the pretext of eliminating "infiltrators," US soldiers killed 400 civilian refugees--mostly women, children and old men--under and around this railroad trestle at the hamlet of No Gun Ri.

[This is a useful description of the US's genocidal war against the Korean people. However, it does not discuss the important role of the "People's Volunteers" that socialist China sent to support the revolutionary struggle of the Korean people. In late 1950, the US military drove deep into northern Korea and towards the Chinese border, massacring civilians and leveling entire cities. In November 1950, 300,000 Chinese soldiers crossed the Yalu River and launched devastating surprise attacks on the US army and marines, sending them into retreat south. In close cooperation with the north Korean People's Army, the Chinese People's Volunteers fought the "invincible" US military to a stalemate over the following three years.--Frontlines ed.]

This article is reprinted from The Worker, newspaper of the Workers Party, U.S.A.

At the end of World War II, the U.S. government signed several documents pledging to withdraw all its armed forces from the Korean peninsula and to support the establishment of a “free and independent Korea” based on the sovereign will of the Korean people.

But the U.S. government did not honor these commitments even for a second. From the first day that U.S. troops landed in Korea, they began to create the infrastructure for permanent military occupation. The patriotic Korean political forces which had fought the Japanese aggressors were systematically suppressed or killed. By 1948, the U.S. had installed a puppet government (based, in large part, on former collaborators with the Japanese) in South Korea and declared the partition of the country.

Not content with occupying the southern half of the peninsula, U.S. imperialism prepared and launched the Korean war with the goal of occupying the entire country. The Korean war was part of U.S. imperialism’s strategy of extending its colonial empire to the four ends of the earth by suppressing the national liberation movements and “containing communism.” Amongst other things, the U.S. sought to create a ring of military bases around China and the Soviet Union. In fact, the Truman administration planned the Korean war as a preparation for “rolling back communism” through an all-out attack on the People’s Republic of China.

Immediately after occupying Korea in September 1945, the U.S. moved quickly to accomplish its goal of turning the Korean peninsula into a U.S. military base. Near the 38th parallel, the U.S. started fortifying artillery positions and bomb shelters. Money was poured into the construction of military air bases, roads, and naval ports. Cheju island was placed under direct control of the U.S. army and its airport was expanded to accommodate B-29 bombers. Naval bases at Ryosu, Inchon, and Pusan ports were all rebuilt and expanded.

During this time the U.S. army command in Korea also began organizing a puppet Korean army in the southern half of the peninsula. A “Korean National Guard” was organized by U.S. military authorities, and an “English Military Institute” was created to train South Korean officers. In the Spring of 1948, President Truman agreed to the decision of his Security Council to increase military aid in order to “build and strengthen a South Korean army.” Soon afterwards, a conscription law was issued forcing Korean youth in all southern provinces into the military. By 1950, the U.S. had amassed a 100,000-strong south Korean army.

In addition to pouring in huge amounts of money in order to turn the peninsula into a U.S military base, the U.S. announced in early 1950 an official “Treaty of Mutual Defense” which called for the “defense and modernization” of the Korean army in the south. According to General MacArthur, the new South Korean military force was “the best in Asia” and the head of the U.S. military advisory group called it “the faithful watchdog guarding U.S. capital.”

READ MORE
Posted by NO Base Stories of Korea at 5:15 PM