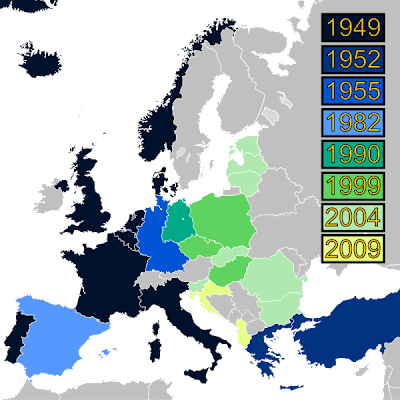 The US-led NATO mission in Afghanistan is heating up while NATO struggles with the costs and its own existence.

NATO, first conceived as a balance to the Soviet Union during the Cold War, is looking for relevance in the 21st century.

Rick Rozoff, the manager of Stop NATO International, argued that NATO no longer has any relevance, and should be stopped, both in Afghanistan and elsewhere.

NATO has grown from 12 to 28 members, and is merely serving the purposes of the US and other major Western European powers.

Rozoff said, NATO does not promote democracy as many believe, in fact it does the opposite, intervening in the affairs of other nations to secure energy, resources, safety and trade routes for the major western powers; Afghanistan is a prime example of this.

And the Afghan war is becoming the model for NATO moving forward in the 21st century. NATO has evolved from a defensive pact between nations to an offensive global entity, one the US touts as an alternative to the UN.
===========================
Stop NATO
Blog site

Rick Rozoff blog
Lisbon Summit: NATO Proclaims Itself Global Military Force
November 22, 2010
Posted by NO Base Stories of Korea at 5:30 AM