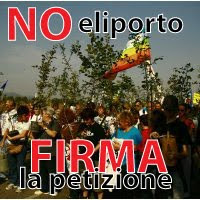 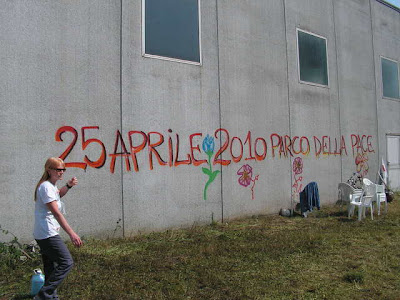 Further update from No Dal Molin:


'April 25th is the“Liberation day” in Italy, recallling the day when the “Allied Forces” guided by US Army kicked the nazi-fascists out of Italy with the contribution of the Italian Partisan Brigades.

Many Italian Conservatives Forces, Prime Minister included, would like to change the meaning of this day, trying to forget about the great “Partisans” tribute to freedom of Italy from the Fascists.

Every year on the 25th there are commemorations in the main cities with occasional tension feelings between different parties.

Saturday afternoon, No Dal Molin Movement decided to enter (cutting the fence) in a portion of the area of the former civilian small airport named “Dal Molin”, next to area occupied by the construction of the new US base.

Just a few nervous moments with Police forces ended with the agreement to stay “in” till Sunday evening to celebrate the “Liberation” at the Dal Molin.

This is the area where in Sept 2007 we planted about 200 small trees to settle the “Peace Park” and the area where the Italian Gov just authorized a company named ESPERIA, the commercial face of Agusta-Westland (remember Apache and Chinnok ..) to have a space for a new HELIPORT.

It’s clear that a heliport next to the US base can only be the future military heliport.

So, today people of all ages, families and children are having a pic-nic inside the “Peace Park” flying kites say no to the heliport. 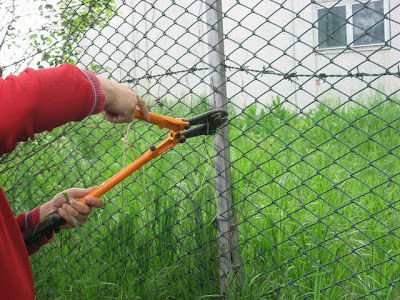 So, we all feel very close to Okinawa and to all of you in any nation and continent.

Much solidarity to you all.