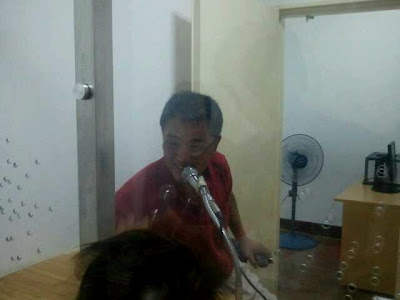 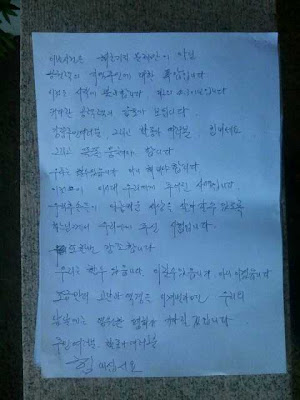 The below is the translation of his words in the above letter on Aug. 28

'The accident this time is of state power’s repression on local villagers, which is not only of naval base issue.
It is merely a beginning. I see the 2nd 4. 3
I see state power’s enormous conspiracy.
Fighting, villagers and activists!
And you should be tight in solidarity.
We can do. No, we should do.
That is the mission given to this era and to us.
That is the test that God has given to us so that our descendents can live in this beautiful world.
I emphasize again.
We can do! We can win! No, we have already won!
If we overcome a little more hardships and adversities, a permanent peace will wait for us in the future.
Fighting! Villagers! Activists!'

Posted by NO Base Stories of Korea at 5:39 AM