Text FW: No to NATO 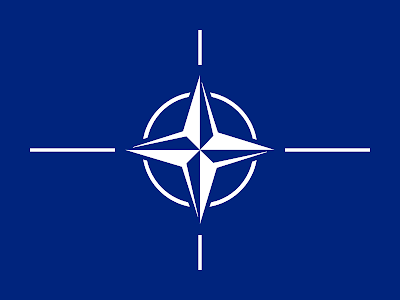 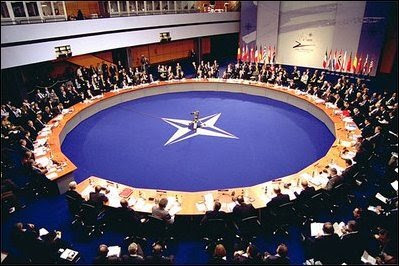 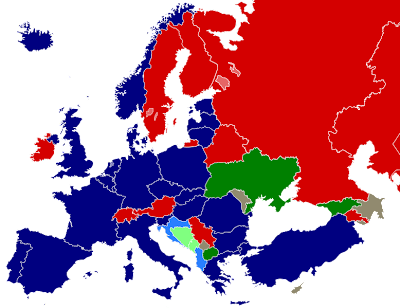 [Below was translated by Agatha Haun from German to English]

In solidarity with everyone who will protest on April 2009 in Strasbourg and Kehl against the North Atlantic Treaty Organization summit meeting, marking the 60th anniversary of the founding of the NATO military alliance, we call for protests as the beginning of a long-term campaign against NATO and militarization of the European Union, and call for the following demands to be made central to the campaign.

Withdrawal of all foreign troops from Afghanistan

An end to the blockade against the Gaza Strip, demolition of the apartheid wall and the illegally bult Israeli settlements

An end to the threats of war against Iran

NO to NATO and EU interference in the Balkans; withdrawal of their troops; the recognition of "Kosovo" has been null and void from the beginning.

Dissolution of the ad hoc tribunals against Yugoslavia and Rwanda, which violate international law and serve as instruments of NATO propaganda and brainwashing

No to eastward expansion of NATO (Ukraine, Georgia)

In nearly all conflicts around the world, the member states of the NATO represent one of the main obstacles to peaceful political solutions. NATO undermines democratic development of nations. It hinders self-determination and thereby destroys the bases for social well-being and ecologically sustainable economies.

After the series of previous wars of aggression against Iraq (1991), Somalia (1992), Yugoslavia (1999), Afghanistan (2001), and Iraq (2003), as well as the series of proxy wars of militias against the DR of Congo (1998), Israel's war against Lebanon (2006), and Georgia's war against Russia (2008), people ask themselves in alarm: What is the next thing we must fear from the USA and its allies? Will the war of occupation in Afghanistan be further intensified? Will Pakistan and India be destabilized? Will Iran be assaulted by terror bombing? Will the independent path chosen by Cuba, Venezuela, and more and more Latin American countries be destroyed by military violence?

In view of the developing global economic crisis, people remember that already during the world economic crisis of the 1930s, imperialism sought a way out by means of armaments and war, which led to the catastrophe of World War II.

The peace movement's answer to NATO policies must correspond to the growing danger. Therefore we appeal to all right-thinking people: let us develop a sustained, comprehensive, determined campaign against NATO. Let us develop coordinated strategies in order to mobilize opposing forces, against NATO policies in all areas and in all spheres.

Let us recognize in good time the acute dangers and let us sound the alarm, in order to win as many people as possible for defensive actions.

Let us expose the purposeful lies about war and let us counteract the brain-washing with information and education.

Let us determinedly promote the goal that individual member nations can withdraw unilaterally from the NATO structures.

Every step that weakens NATO strengthens the forces of peace and progress throughout the whole world. Twenty years after the end of the Warsaw Pact, the disbanding of the NATO pact is long overdue.

***
The EU has been extended in the direction of East and Southest Europe in step with the expansion of NATO. Europe has been split once again by new EU external borders. The EU has been turned into an instrument of a new confrontation with Russia and Belarus. The USA / NATO doctrine of preventive warfare has been taken over within the EU framework. EU "rapid intervention forces" are being built up, in order to intervene militarily anywhere in the world, in coordination with NATO, using the pretext of "humanitarian missions", the "struggle against terrorism", or "crisis management". With the aim of political conquest, control of markets, and the plundering of other countries' natural resources, the collaboration among the EU, the USA, and NATO is being significantly intensified. The EU requires its members to continue their buildup of armaments and militarization. Marching in step with the USA and NATO, and with the mechanisms of the EU, the European governments are pushing through measures in order to restrict democratic rights, eliminate achievements in social welfare, and to expand repressive structures against social movements.

In view of the character of the EU as an imperialist union of European governments, there can be no talk of the EU becoming independent and of freeing itself from the tutelage of the imperialist superpower -- in spite of occasional strong-arm tactics.

Nevertheless, the EU's internal contradictions; the competition of all imperialist powers against each other; setbacks for EU policies; the French, Dutch, and Irish positions of "No to NATO"; objections and disobedience to EU decrees -- all of these factors open up opportunities for the development of new forms of cooperation among the countries of Europe and the former Soviet Union, as well as the Mediterranean, the Arab world, and other continents. Only if the junior partners of the USA and NATO also resist the imperialist EU alliance, and the assumed "European" legitimacy is withdrawn, will the antimilitary struggle against NATO come to full fruition.

***
In the current general crisis, which takes in the spheres of the economy, financial relations, social development, the supply of commodities, and the environment all at the same time, new opportunities emerge alongside new dangers. The politics of neoliberalism has already had to admit that it is fully bankrupt. The USA's hegemony over the planet is being increasingly challenged. The attempt to reorganize the Near and Middle East along neocolonialist lines has come to a dead end, because the forces of national self-determination in the region have fiercely resisted the military machinery of the USA and its allies. In Latin America, new prospects have opened up for socialist national development. New coalitions are being formed among countries such as China, Russia, India, and Brazil, that are pressing toward a new multipolar world. The time is past when capitalism could shout triumphantly about its victory over socialism, about the "end of history". The world has entered upon a period of the upturn of the anti-imperialist struggle for independence, social development, and progress of peoples and nations.

The decisive rejection of the imperialist NATO pact along with its EU auxiliary troops does not signify -- as the financial power elites are spreading the word -- isolation, nationalism, and economic autarchy, but rather winning back full national sovereignty as an elementary prerequisite for a democratic or socialist path to development. A principled "No" to NATO and the EU is indispensable for managing the crisis and creating new forms of international cooperation for the benefit of the majority of working people

FOR A WORLD WITHOUT NATO -- FOR A EUROPE OF THE PEOPLE