On Sept. 3, despite South Korean government's recent escalating oppression against people's peaceful and non-violent protests, people throughout nationwide are coming to the Gangjeong village to save it and Jeju Island, the Peace Island, from naval base construction. A peace plane carrying at least 170 people from Seoul is expected to come while people here expect about 2,000 people nationwide would gather to the village ro celebrate our strong will for peace with lots of cultural & religious events in which all the beings from voiceless creatures to human beings are welcome and invited. 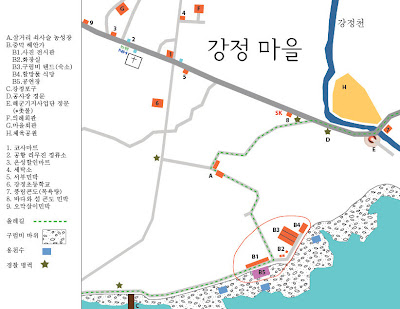 B:Joongduk coast, one of the two absolute preservation areas in the village but the navy wants to reclaim here with cement by naval base construction.